Wing Chun, as legend has it, was created within the walls of the ancient Shaolin Temple roughly 300 years ago. The style is a simple to learn and very effective way of fighting off stronger attackers.

What makes Wing Chun so unique is that it was based on the principle of no strength and not needing muscle to handle a threatening situation. So the system was formulated to use structure and position to combat, any man's strength.

Yim Wing Chun lived in a village where she had the unwanted attention of the local bully, who wanted to marry her. Unhappy, she ran away to the Shaolin Temple for sanctuary, where she met Ng Moi, the creator. Armed with her new skill and the confidence to deal with any confrontation, Yim Wing Chun returned to her home. Soon enough, her tormenter met up with Yim and she successfully defeated him in battle.

A Legend is Born

Chan Wa Chun, and later Leung Bik taught a man named Ip Man. Most people would know Ip Man for the fact that he was Bruce Lee's teacher and the subject of three blockbuster films titled Ip Man 1 & 2 and Legend is Born. He was very famous in Hong Kong for being the best Kung Fu practitioner around. For Wing Chun practitioners, he was the most famous and most respected Wing Chun teacher. Ip Man died at an old age in 1972, leaving his entire teachings and training to his youngest son Ip Ching, who now lives in Hong Kong teaching what his father left to him.

One of Ip Ching's disciples Ron Heimberger, was the Director of the Wing Chun Kung Fu Council (WCKFC) and the Ving Tsun Ip Ching Athletic Association (VTICAA). Under his direction, we taught and continue to teach, the training methods of Wing Chun according to Ip Man's teachings. Many people claim to be taught by Ip Man or by someone who Ip Man taught, but it is always advisable to research into the claims.

How can you evaluate a good martial arts instructor? By Master Ron Heimberger

Unfortunately, there is no governing body regulating martial arts teachers to determine qualifications. In fact anyone can start a school and begin teaching for profit.

Does the instructor try to come across as larger than life? Yet has no documents or references to give him credibility? Ask to see an instructors credentials given to him by his instructor. The instructor should be willing and able to discuss and prove his lineage or the origin of his martial art. It is not uncommon for instructors to have little more than beginning knowledge of several different martial arts. Additionally , beware of instructors that maintain an air of mysticism in their answers. This is often a cover up for their lack of knowledge or skill. 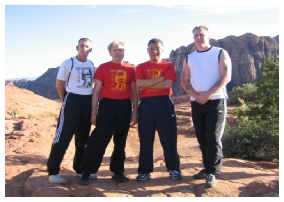 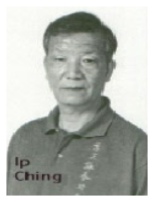 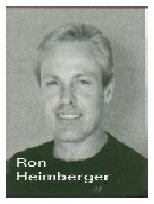