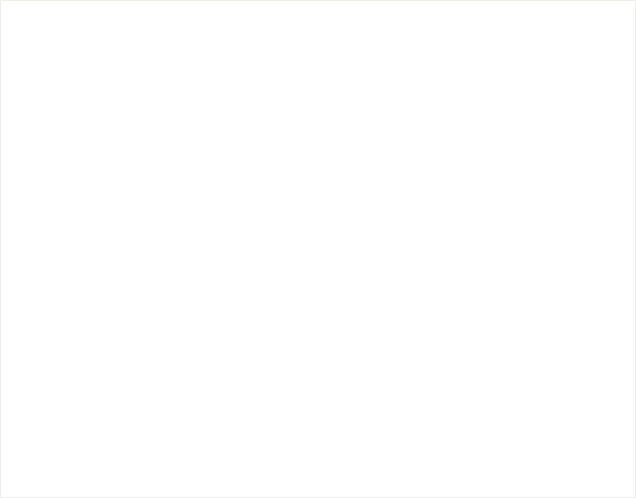 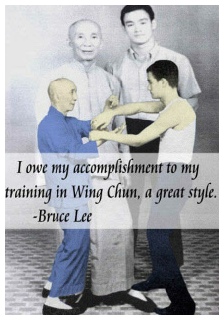 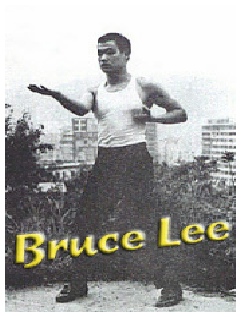 Bruce Lee is probably the most well known Martial Artist of all times. People all over the world began training in the fighting arts due to his influence.

It is unfortunate that the unknowing public has been sold misinformation and falsehoods in the pursuit of learning what Bruce Lee knew. Martial Art schools everywhere display posters of Master Lee on their windows, and on their walls in order to mislead their students and prospective students into believing that they have some connection to Bruce Lee's methods. Schools have sprung up on just about every corner claiming to teach his "CONCEPTS".

Well known Instructors offer programs in which a student can obtain an "Instructors Certification" in as little as a two day training course, and claim to teach Bruce Lee's fighting method. This is not

fair to the unsuspecting public. The truth is this. Bruce Lee was not a Karate man. He wasn't a Tae Kwon Do, Hap Ki Do, Shorin-Ryu, Shotokan, or Ju Jitsu man either. He studied only one Martial Art in "HIS" lifetime. That system was Wing Chun Kung Fu. Linda Lee, Bruce's widow, acknowledges that Bruce's only teacher was Wing Chun Grandmaster Ip (Yip) Man. If you look at the people teaching what they  sell as Bruce Lee's method in today’s market, you will find them teaching aspects of many systems, kind of a soup pot of martial styles.

They sell this as Bruce Lee's way. These teachers use the flavour of the month to bring in prospective students, and claim to teach whatever they think will  bring in business. If you read their phone book adds, you will see some schools claim to teach everything but small engine repair and underwater demolition. If a school claims to teach multiple systems, but has only one primary instructor,

you have to wonder just how competent the instructor is in the many systems. Remember the old saying about being "a jack-of-all-trades and a Master-of-None". Just how does an instructor who is under the  age of 50 or 60 gain enough expertise to teach all of these systems? Remember the "Two-Day"  Instructor courses mentioned earlier? The only reliable way to gain the knowledge that Bruce Lee understood is to find the missing piece to the Bruce Lee puzzle, learn the same system that he learned.

Wing Chun Kung Fu is that system. This system of Kung Fu is very unique. It is where Bruce Lee gained an understanding of such principles and methods as Chi Sau (Sticking Hands), centerline, simultaneous defence and attack, short range power (1 inch punch), the art of fighting without fighting (Non-Contention), and trapping, which became the hallmark of his JKD system.  Without Wing Chun there could have been no JKD.